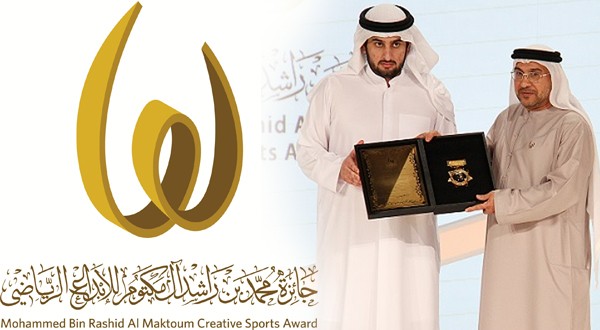 The winners were announced by Saeed Hareb, Secretary General of Dubai Sports Council. Mattar Al Tayer, Chairman of the Board of Trustees of the Sheikh Mohamed Bin Rashid Awards, stressed the importance of the Award.

“First, it is linked with the name of His Highness Sheikh Mohammed bin Rashid Al Maktoum, Vice-President and Prime Minister of UAE, and Ruler of Dubai. Second, this award is known for its value and diversity of its categories.”

He pointed out that the sixth edition witnessed a significant increase in the number of entries that were judged, with a total of 226 local, regional and international candidates presented to the award.

“The sixth edition of the awards is the biggest and most important,” Al Tayer said, adding that the award is named after His Highness Shaikh Mohammed bin Rashid Al Maktoum, Vice-President and Prime Minister of the UAE and Ruler of Dubai.

“Although the award is still in its third year of global expansion, we can notice that its status has been clearly enhanced, which confirms that the award has become a locomotive for sports excellence and creativity, not only locally and regionally, but globally,” he added.

Mahdi Abdulrahim Abu Al Hassan won the ‘Local Referee Award’ for being the first Arab and Emirati nominated by the World Chess Federation as Chief Arbiter during the FIDE World Blitz & Rapid Championship.

The Sheikh Mohamed Bin Rashid Al Maktoum Awards are given every year for individual creative sports for competition at the national level of the UAE for creative works made locally, regionally, Arab wide, Continental or global.

This Award is conferred on players, coaches, referees (Arbiters) and administrators who have achieved outstanding creations at the local, Arab and international levels.