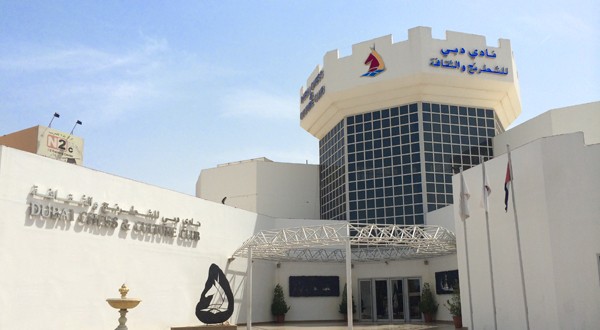 The 17th Dubai Open Chess Tournament will run from April 5-15 at the Dubai Chess and Culture Club. Ibrahim Al Bannai, Chairman of Dubai Chess and Culture Club and head of the organising committee, announced during a press conference held today (31 March 2015) at the club that players from at least 43 countries will be competing for the prestigious Sheikh Rashid Bin Hamdan Al Maktoum Cup.

Al Bannai noted that many top players from Europe, Latin America and Africa are participating for the first time, including those from Brazil, Italy, and Jamaica.

Over 90 Masters confirmed their participation

India accounts for the biggest foreign delegation with 36 players, followed by Azerbaijan, Russia and Armenia.

Indian Women Grand Master Karavade Eesha is the highest rated among women participants with a rating of 2398. Around 20 top-rated women from countries such as Greece, Azerbaijan, Russia, Turkey, Ukraine, Jordan and Egypt, which is represented by WGM Mona Khaled, have already registered. The UAE contingent is led by Woman International Master Noman Ali Al, the Arab Under-20 champion, Women International Master Kholoud Al-Zarooni and Bashaer Khalil, a bronze medallist at the Arab Under-16 championship.

One of the strongest open tournaments in the world:

“The Dubai Open Chess Tournament is recognised as one of the strongest and best-organised tournaments in the world. We continue to improve from each tournament, providing players with the best playing conditions,” said Al Bannai.

Since its inauguration in 1999, Al Bannai said the tournament continues to enjoy strong participation from elite players from different countries. It is also one of the few events in the region that allow Arab players to compete with the best from around the world. He said the club is cooperating with the Arab Chess Federation to provide opportunities and encourage Arab players to participate in the tournament. Aside from the UAE and Egypt, other Arab countries represented at the tournament are Sudan, Jordan, Yemen, Morocco, Lebanon and Syria.

Al Bannai expects stiff competition among top chess countries such as Russia, Armenia, Ukraine, Georgia and Belarus. The Arab players will be headlined by the likes of IM Mohamed Ezat from Egypt.

In his speech, Al Bannai said the club is committed to continue to maintain the high standard of the event and strengthen its position as one of the biggest and strongest open tournaments in the world, attracting the chess elite from traditional chess powerhouse countries such as Russia, Armenia, Azerbaijan, Ukraine and Georgia. Furthermore, the event provides an excellent opportunity for the UAE’s young players to compete with the world’s best players.

Al Bannai also disclosed that the total prizes this year have reached US$50,000. The tournament champion will receive US$12,000 and will have his or her name etched on the His Highness Sheikh Rashid Bin Hamdan Bin Rashid Al Maktoum Cup. Cash prizes will be awarded to the top 18 placers. There are also special prizes for local and Arab players and for the top women scorers.

Live Broadcasts of the Games:

The club will broadcast the matches live on the internet through its website www.dubaichess.ae and other leading international internet chess sites.

Emirati Arbiters are ready to lead the games:

“On behalf of my fellow board members, all members of the club and the entire UAE chess family, I would like extend my utmost gratitude to His Highness Sheikh Hamdan Bin Rashid Al Maktoum, Deputy Ruler of Dubai and UAE Minister of Finance, for his support that has made the Dubai Open one of the most prominent chess tournaments in the world,” said Al Bannai. He also pointed out the importance of the media in promoting the tournament and chess in general globally, as chess enthusiasts from different countries follow the progress of the tournament through the live online coverage and daily updates from various news websites.