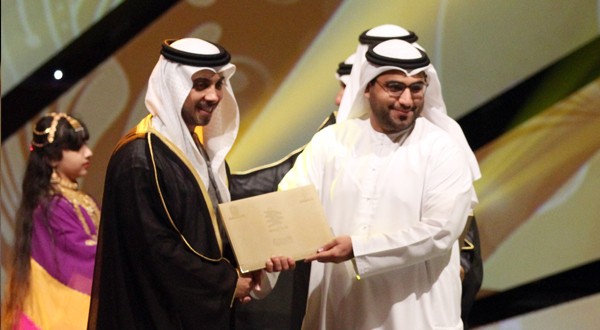 Sheikh Mansour announced at the beginning of the ceremony naming of H.H. Sheikh Hamdan bin Mohammed bin Rashid Al Maktoum, Crown Prince of Dubai as the ‘Sports Personality of the Year’ in appreciation of his pioneering role in the advancement of the Emirati sports and for winning the gold medal of the World Endurance Championship in France 2014 and the Royal Windsor 120-KM ride in the UK.

Among the acheivers were also players and Arbiters from Dubai Chess & Culture Club: