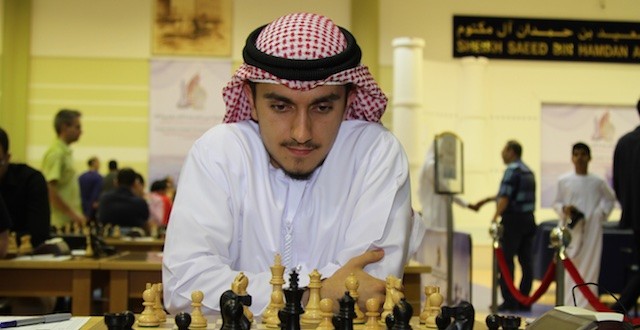 Fide Maser (FM) Saeed Ishaq returned to his giant-killing ways after the Dubai stalwart felled Serbian Grandmaster (GM) Milos Perunovic in Wednesday’s third round of the 17th Dubai Open Chess Tournament – Sheikh Rashid Bin Hamdan Bin Rashid Al Maktoum Cup at the Dubai Chess and Culture Club. Ishaq won a pawn in a complicated middle game and then nursed his advantage through to a rook-and-pawns endgame to seal the victory and post his second point.

Egypt’s International Master (IM) Mohamed Ezat is currently the highest-placed Arab player and the only non-grandmaster in the chasing pack as he sits on top of a group of 2.5-pointers. The 37th-seed Ezat held fourth-seed GM Mateusz Bartel of Poland to draw and will next face fifth-seed GM Yuriy Kuzubov of Ukraine.

The UAE’s Arab Under-18 champion FM Sultan Ibrahim held WGM Ozturk Kubra of Turkey to a draw to up his tally to 1.5 points. Jordan’s 91st-ranked Ahmad Al Khatib also held GM Alexander Kovchan of Ukraine to a draw to post 1.5 points.

GM Beshukov Sergei of Russia was the lone grandmaster to lose to a non-GM in the third round when he dropped his match to FM Aravind Ram of India.