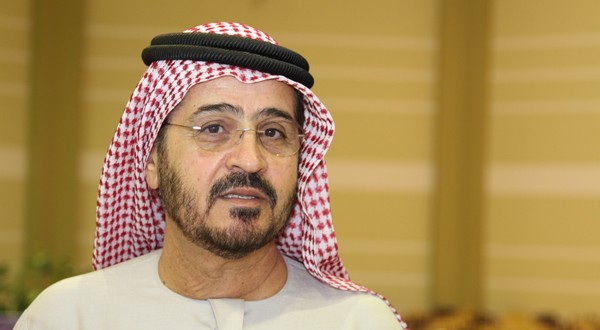 Ibrahim Al Bannai, President of the Arab Chess Federation (ACF), today launched the 3rd edition of the Arab Elite Chess Championship – Kirsan Ilyumzhinov Cup, which will run from May 26 to June 4 at Dubai Chess and Culture Club.

Al Bannai said the biennial event, which had its first two editions in 2011 and 2013, was conceptualised to be a world-class invitation-only event featuring the highest-ranked players from each Arab country. International Chess Federation (Fide) President Kirsan Ilyumzhinov is supporting the event and has put up cash prizes totalling US$20,000 for the winners, while the ACF will provide free accommodation to all invited players. Dubai Chess and Culture Club is this year’s host in cooperation with the UAE Chess Federation.

The opening round on May 27 will kick off with a ceremony attended by senior sports officials from the UAE, including the Dubai Sports Council, and representatives of Fide.

Al Bannai said the ACF, which is headquartered in Dubai, and the UAE Federation of Chess, in cooperation with the Dubai Chess and Culture Club, are hosting the event with the support of various chess institutions in the UAE. He added that the event provides an opportunity for local chess enthusiasts to witness the best players from the region compete in an event that is being organised according to world-class standards.

So far 16 of the 20 member countries of the ACF have confirmed to send their top players to the tournament. Only the national chess federations of Somalia, Mauritania, Kuwait and Syria have yet to confirm their participation.

The tournament will follow the Swiss system format with a total of nine rounds. It will adopt the Fischer time control system, allotting 90 minutes plus a 30-second increment for each move to complete a game. Al Bannai said TV screens have been set up in different areas at the venue for guests to follow the games. The matches can also be seen live at the Dubai Chess and Culture Club, ACF websites and other leading websites and smart phone applications.

Fide Deputy President Georgios Makropoulos will be the guest of honour and will hand out the prizes to the winners during the awarding ceremony on June 4. The tournament champion will receive a cash prize of US$8,000 along with the Kirsan Ilyumzhinov Cup. The rest of the top six players will also receive cash prizes.