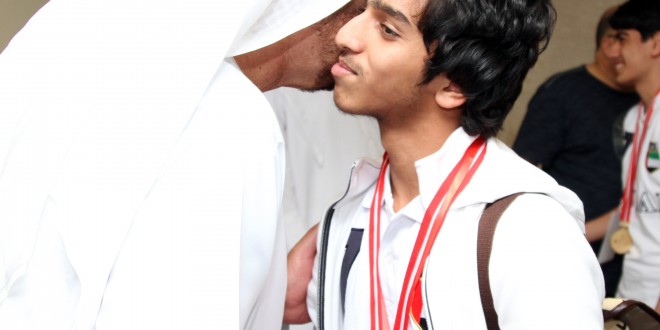 Al Fahimi stole the thunder by becoming one of the only two players to win all six of his matches and secure the gold medal on board four. By virtue of his performance, beating mostly higher-rated opposition, he collected a massive 138 ranking points from the tournament.

Fareed was also impressive on board two, scoring six points from eight games without conceding a loss. He was awarded the silver medal after four wins and four draws, only behind gold medallist International Master (IM) G.A. Stany of Bangalore, India.

He carried his form from the Arab Age Group Individual Chess Championships in Abu Dhabi, where he bagged the under-16 bronze medal.

The performance of both these playes also resulted in giving the Dubai team, which consisted of under-18s players from the Dubai Chess and Culture Club, to finish in a tie for sixth place in the team tournament that featured representatives from 16 cities from 15 countries.

The other members of the team were FIDE Master (FM) Ebrahim Sultan, Ali Abdullah and Ali Faisal. The team was accompanied by delegation head Mahdi Abdul Rahim and team coach Grandmaster Elmar Magerramov.

The team members were feted on their return at Dubai International Airport by officials from the Dubai Chess and Culture Club, led by Chairman Ebrahim Al Bannai and Deputy Chairman Ahmad Khalifa Al Thani.

Al Bannai said: “This is a very encouraging result for the club, especially for our youth chess programme. The decision to send a team made entirely of junior players to the Asian Cities Chess Championship did not come without any risk, but we are very pleased that the team surpassed expectations.

“The medals won by Ali Abdul Aziz and Ahmad Fareed against such strong competition also prove that we are on the right track in our efforts to nurture a new generation of players who will take Dubai to new heights of success in the global chess arena.

“We are also greatly thankful for the support of His Highness Shaikh Hamdan Bin Rashid Al Maktoum, Deputy Ruler of Dubai and Minister of Finance and Honorary President of the Dubai Chess and Culture Club, for our programmes and to the development of chess in general.”