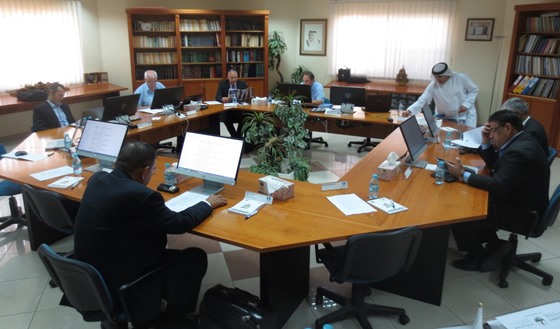 The meeting tackled issues and reviewed proposed amendm8ents to the laws of chess and rules of competition. It also reviewed the qualifications of candidates from different federations for various chess arbitration titles. Another important part of the agenda was the issue of cheating in chess competitions, as the commission discussed new penalties being proposed and reviewed existing sanctions for such an offence, in coordination with the Ethics Commission of Fide. The discussions also touched on grievances and complaints filed by national federations, including issues concerning decisions made by arbiters and appeal committees of various international and official Fide tournaments. The commission also reviewed the pool of international lecturers for Fide arbiters’ seminars.

Commission members who attended the meeting included the UAE’s IA Mahdi Abdul Rahim, chairman of the Arbiters’ Committee of the Arab Chess Federation, Jesus Mena of Spain and Rathinam Anantharam from India. Also in attendance were the UAE’s Sultan Ali Al-Tahir, who is a member of the Arbiters’ Commission, and the Philippines’ Casto Abundo, the Asian Chess Federation coordinator.