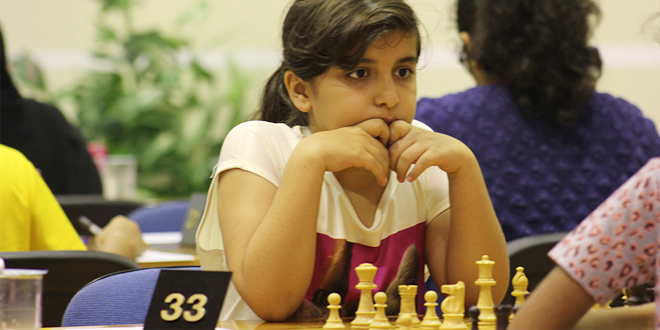 Dubai Chess and Culture Club on Monday concluded the March Under-2000 Tournament, which gathered nearly 90 players from 12 countries for a tune-up competition ahead of next month’s widely anticipated 17th Dubai Open Chess Tournament.

Mohamed El Husseiny, Executive Director of Dubai Chess and Culture Club, and Abdulkareem Al Marzouqi (Board Member), awarded the prizes to the top 10 placers of the Fide-rated, seven-round Swiss system tournament, which allotted a thinking time of 50 minutes plus a 10-second increment for each player.

Marlon Mortel of the Philippines defeated erstwhile solo-leader Ashraf Ahmed Ramadan of Egypt in the final round to snatch the championship cup from Ramadan, who had won all his games entering the seventh round.

Egypt’s Mohamed Waleed secured the silver medal after winning a tense encounter with the Philippines’ Winnie Felix by time forfeiture. Waleed had six points, edging out Rayjan Solano and Ramadan, who had the same output, by virtue of a superior tiebreak score. Solano won the bronze medal after prevailing in an all-Filipino encounter against Carlos De Guzman, while Ramadan was fourth.

“The tournament provided very good exposure to the club’s students, especially in standard time control. We are also very pleased with the turnout from different nationalities, which underlines the growing popularity of chess in the society. We will continue to organise competitions that will support the training and development of the club’s students and encourage more people to take up the sport,” said Najib Saleh (Technical Director).

The tournament was open to players with an International Chess Federation (Fide) rating below 2000. International Arbiter Saeed Yousuf Shakari served as Tournament Director and  assisted by Chief Arbiter Abdulla Murad.