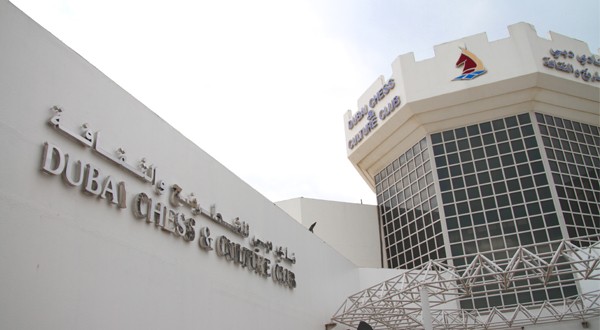 Several players arrived Saturday evening, including the 2014 world girls junior champion Dinara Saduakassova of Kazakhstan, who has been a regular competitor in the tournament. Players from India, Mongolia and China who took part in the recently concluded Asian Nations Cup in Abu Dhabi were also among those who arrived early. A few more top players from Latvia, England and Cuba are expected to arrive a few hours before the tournament starts on Monday.

The total number of players has now reached 206, which is a new record for the Dubai Open. There are 41 countries represented in the event. The field also includes 48 Grandmasters (GM), which is also a new record, eight Woman Grandmasters (WGM), 39 International Masters (IM) and six Woman International Masters (WIM). The nine-round Swiss system tournament allots a thinking time of 90 minutes plus 30 seconds per move.

Bulgaria’s GM Ivan Cheparinov and Ukraine’s GM Anton Korobov, both with an International Chess Federation (Fide) rating of 2695, are the joint top-seeded players of the tournament. Reigning Asian champion and the UAE’s top player GM Salem A.R. Saleh and Egypt’s GM Bassem Amin, the highest-rated Arab player in the event, will lead the Arab contingent in the hunt for the Sheikh Rashid Bin Hamdan Al Maktoum Cup and the US$50,000 total cash purse.