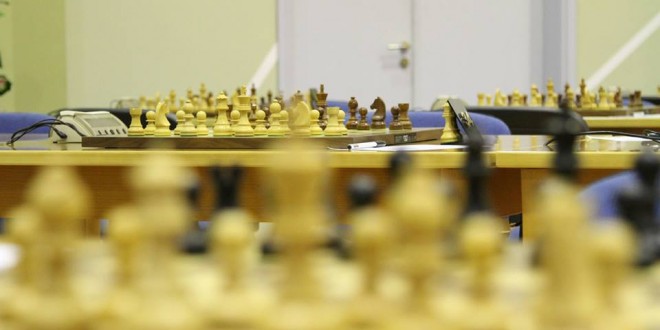 The 18th Dubai Open Chess Tournament – Sheikh Rashid Bin Hamdan Cup will be held from 10th-20th April 2016 at the Dubai Chess and Culture Club. With more than 180 players from 42 countries, the tournament has set a new record in the number of participants this year. Among the countries that have sent strong delegations are Bulgaria, India, Russia, Armenia, Azerbaijan, Ukraine, Spain, the Netherlands, Germany, England, Egypt, Jordan, Palestine, Libya, Qatar, Iran and the host UAE.

The tournament is under the patronage of His Highness Sheikh Rashid bin Hamdan bin Rashid Al Maktoum.

The championship will be played in nine rounds according to the Swiss System format. Each player is allotted one hour and 30 minutes to finish a game, with an additional 30 seconds per move according to the Fischer system.

The opening ceremony will be held on Monday (April 11) at 6 pm. His Highness Sheikh Rashid Bin Hamdan Al Maktoum will inaugurate the prestigious tournament. The head of the Ministry of Sport and the Dubai Sports Council will also attend the opening ceremony.

The tournament offers a total prize fund of US$50,000, with the lion’s share of US$13,000 and the Sheikh Rashid Bin Hamdan Cup going to the champion. Special prizes will also be awarded to the top ladies and local players.

A side event, the Dubai Open Blitz Cup, offers a total prize fund of US$4,000. It will be held during the tournament rest day on April 15 (Friday).

As a new innovation this year, the tournament has invited top students from leading chess schools in different countries, including China, Russia and Azerbaijan.

Games on the Internet

Ibrahim Al Bannai, Chairman of Dubai Chess and Culture Club, announced that the club will broadcast the games live on its website, www.dubaichess.a, and other popular chess sites.