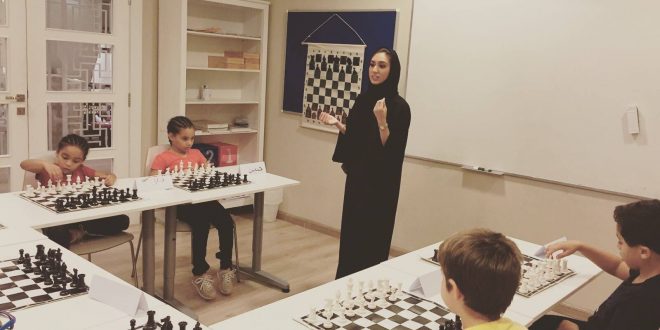 Dubai, UAE (July 15, 2016) – In line with its efforts to promote the sport of chess in the grassroots, Dubai Chess and Culture Club announced that 13 Emiratis have recently passed the chess trainer’s examination and are set to be confirmed as international chess instructors during the 42nd World Chess Olympiad in September in Baku, Azerbaijan.

“A crucial element in our efforts to promote chess in the grassroots and nurture new talents is the development of qualified trainers and instructors,” said Najib Saleh, the club’s Technical Director. “With the new batch of Fide-certified instructors, which include key players such as Saeed Ishaq, Amna Nouman and Ibrahim Sultan, we are strengthening the ranks of Emirati chess coaches and instructors and are looking forward to providing more quality training and chess instruction to our students.”

Based on their performance during the seminar and scores in the exam, the participants were awarded any of four titles: Fide Trainer (FT), Fide Instructor (FI), National Instructor (NI) and Developmental Instructor (DI). The titles will be confirmed by the presidential board of the International Chess Federation, also known by its French acronym Fide, during the Olympiad.

GM Davorin Kuljasevic of Croatia and his wife IM Iva Videnova of Bulgaria, both members of the club’s coaching staff, also took part in the seminar and were awarded the FT title.