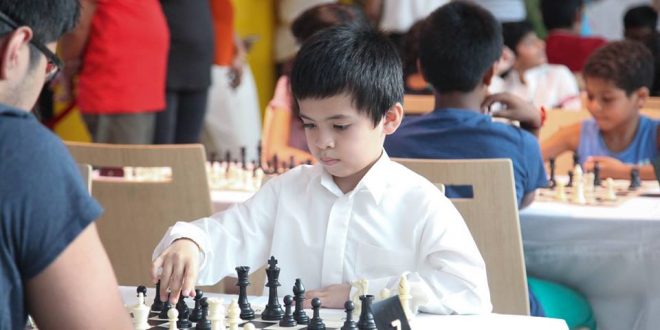 Dubai Chess and Culture Club has announced a series of tournaments and lectures at Times Square Center on Sheikh Zayed Road as part of the mall’s back-to-school activities this month.

The two-part Times Square Center Chess Tournament serves as the main highlight of two-weekend activities, which will kick off with a tournament for children under 14-years-old on August 19-20 (Friday and Saturday).

The chess festivities continue on August 27 with an open blitz tournament that is expected to attract some of the UAE’s best chess talents. There will also be free lectures by Emirati chess coach Jameela Ahli.

“Our cooperation with the Dubai Chess and Culture Club for this event is in line with our mission to organise engaging, fun and helpful activities and make each visit to the mall a genuinely delightful and satisfying experience. We are looking forward to build on this partnership to organise more activities that will benefit our shoppers and the wider community,” she added.

Mohammad added: “We are truly grateful to Times Square Center for supporting our campaign to promote chess in the community. We have already received positive feedback for this event as many chess-loving parents and their children have been very supportive of our efforts to bring chess to the grassroots. They will indeed find Times Square Center a great venue for chess competition and learning.”

The Times Square Center Chess Tournament for children is open to boys and girls born in 2002 or later.

The Times Square Center Chess Tournament – Blitz Open will be a rated event for players who are members of the World Chess Federation, also known by its French acronym Fide.

The nine-round Swiss system event allots a thinking time of three minutes plus a two-second increment per move. Last day of registration for the open event is on August 25. The tournament will start at 5pm.

Times Square Center will also host competitions on giant chess boards along with lectures for beginners and other skill levels during the weeklong back-to-school activities.