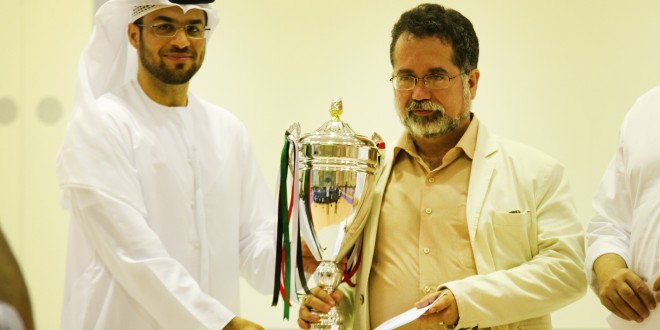 Arencibia, who also earlier the club’s November Blitz Chess Tournament, punctuated his immaculate performance with a victory over fellow grandmaster Sergey Kayumov of Uzbekistan in the final round.

Spain’s GM Viktor Moskalenko notched a win in the final round by stopping the giant-killing spree of Marvin Marcos, who defeated Ukrainian top-seeded Dimitri Komarov in the fourth round and drew Kayumov in the fifth round, to move up to second place with 6.5 points.

Untitled Jason Orfano of the Philippines scored a big upset over Bulgarian Woman Grandmaster (WGM) Adriana Nikolova in the final round to hike his total to six points and edge out four others for the third place.

Others who also finished with six points were Komarov, IM Ibrahim Sultan of the UAE, IM Julijan Plenca of Croatia and Rocky Pabalan of the Philippines.