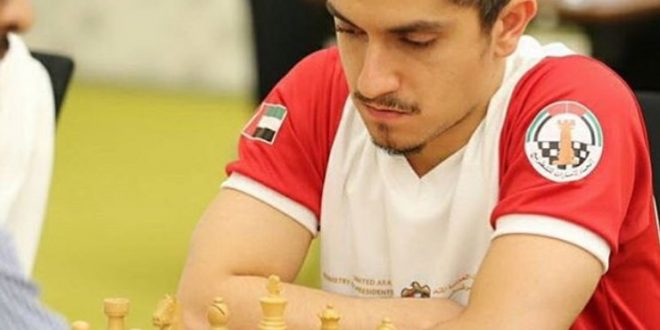 After trailing for most part of the tournament by at least a full point, Ishaq picked up the pace starting in the eighth round when he pulled within half a point of the lead with a win over the Philippines’ FM Julius De Ramos. He scored another win in the penultimate ninth round, beating Bulgarian Woman Grandmaster (WGM) Adriana Nikolova, but tournament-leader IM Julijan Plenca of Croatia maintained his slim edge with a victory over IM Nanko Dobrev of Bulgaria.

This set the stage for a final-round championship showdown between Ishaq and Plenca, which the Emirati dutifully won to claim his first major title of the year.

“This is a very important tournament victory for Ishaq as he steps up his international campaign towards becoming the UAE’s next grandmaster,” said Najib Saleh, Technical Director of the Dubai Chess and Culture Club, which organised and hosted the international tournament. “The club is fully committed to support him, along with all the top chess talents of Dubai. The results he has shown in this tournament underline the progress we have achieved in raising the level of competitiveness of our local players.”

Ishaq, who last month signed a contract to play under the Dubai Chess and Culture Club, scored 6.5 points from 10 games, while Plenca had six points to settle for second place. IM Irina Bulmaga of Romania, who led the tournament in the early rounds, also had six points but settled for third place after the tiebreaks were applied. Dobrev had 5.5 points, Nikolova had four points and De Ramos had two points to round out the standings.

The event was played under the standard time control of one hour and 30 minutes plus a 30-second increment per move to complete a game.