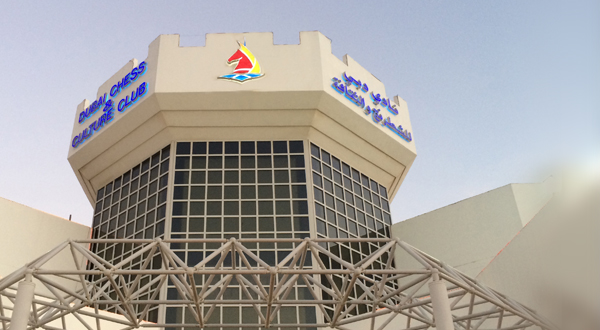 Chess players in Dubai are back on track, plotting their next move following the decision of the Dubai Chess and Culture Club to reopen their doors after the Covid-19-enforced break.

With the authorities easing the Covid-19 restrictions, several sports academies in Dubai have already resumed their training sessions.

Unlike football or cricket, chess players have the luxury of remaining indoors and yet the Dubai Chess and Culture Club have left no stone unturned in their attempt to provide the students with a safe environment.

And Mohamed Elhusseiny, the Executive Director of the Dubai Chess and Culture Club, is delighted to see the rising chess stars back in the premises.

“We have restarted on June 23. So far, 18 players have returned to resume their training at the club,” Elhusseiny told Khaleej Times during an exclusive interview.

It’s been only a week since the resumption of training at the club, and Elhusseiny is expecting to see more students soon.

“Now 42 students are still having online training as the academic year is moving towards its end and we expect to have more players joining us in our club,” he added.

Chess was, perhaps, the only sport that saw high-profile events amid the pandemic, with China winning the inaugural $180,000 FIDE Chess.com Online Nations Cup in May.

And the players registered with the Dubai Chess and Culture Club not only took part in online training, they also played in several major online chess tournaments.

“We had a full online training schedule since day one of the Covid-19 restrictions. Chess is one of the games that can be easily taught online which has been applied for years,” Elhusseiny said.

“In fact, chess was the most played sport in the past few months, as all major chess platforms conducted thousands of online tournaments alongside training camps. Our players took part in those events as they joined millions of people around the world during the lockdown period.”

Now as the club has welcomed back the players, the administration has put all the health strict protocols in place, making Covid-19 test compulsory for the employees, coaches, players and the visitors.

“We monitor body temperature at the club entrance, we also give face masks and gloves to anyone who enters the club. And of course, we also sanitise all equipment at the club,” Elhusseiny said.

The Executive Director of the club then showered Dubai with praise for inspiring the world to resume sporting activities in a safe environment.

“Dubai has always been a role model for discipline, law and order, which makes it easier to come back to normal life,” he said.

“Of course, that won’t happen without people’s trust in the government’s acts and their awareness.”