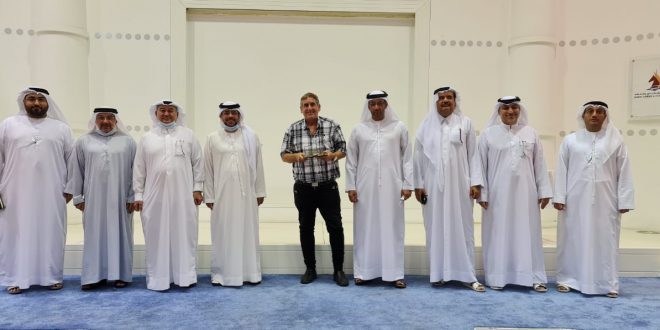 Dr Zvika Barkai, Chairman of the Israeli Chess Federation, recently visited the club and was received by Ahmed Khalifa Al Thani, Vice Chairman of the club’s Board of Directors, along with other Board Members.

He bared plans to invite a team from Dubai to play in friendly matches in Israel, as well as a technical exchange program between the Israeli Federation and Dubai Chess Club. The Israeli Federation will also encourage its top grandmasters to participate in the Dubai Open Chess Tournament. Dr Barkai expressed admiration for the club after a tour of its facilities, including its dedicated training and tournament halls and training academy, among others. He also met the club’s technical and coaching team and even played an exhibition match with former national team player Suhail Tayyib Mohammed, who prevailed in the friendly encounter.