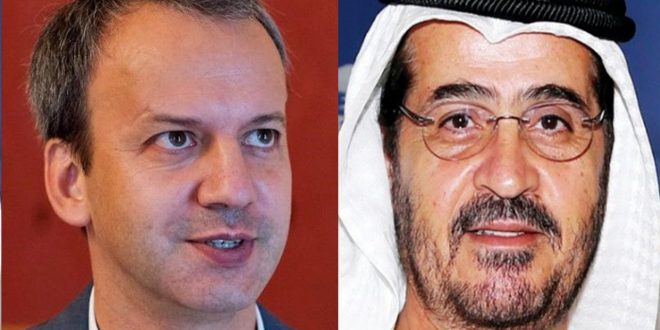 Dubai Chess & Culture Club received a praising letter from Mr. Arkady Dvorkovich, the president of the International Chess Federation (FIDE) wishing the best to the club who is organizing the Sheikh Hamdan bin Rashid Cup from 5th – 10th December 2021 in parallel with the World Championship Match 202 at Expo 2020 Dubai.

“It is gratifying that the Dubai Chess Club, one of the most successful chess clubs in Asia and the world, with a long-lasting history of organising top FIDE and other international events, is holding this tournament concurrent with the jewel of the chess crown — the World Championship match.” Added by Dvorkovich.

Dubai Chess & Culture Club will organize the Sheikh Hamdan bin Rashid Cup in honor of the late Sheikh Hamdan Bin Rashid Al Maktoum, the former Deputy Ruler of Dubai and UAE Minister of Finance and Industry, the international chess tournament will also be a fitting tribute to one of the great leaders and sports benefactors of Dubai and the UAE.

A total of 24 invited elite grandmasters will get a once-in-a-lifetime opportunity to compete for the USD30,000 in total prize fund, while also experience two of the world’s most significant events this year: the World Chess Championship and the World Expo mega event in Dubai.